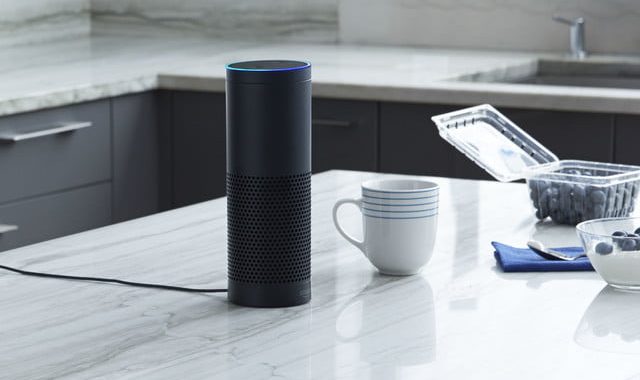 The name Alexa was chosen due to the fact that it has a hard consonant with the X and therefore could be recognized with higher precision. The name is also claimed to be reminiscent of the Library of Alexandria.

In June 2015, Amazon announced Alexa Fund, a program that would invest in companies making voice control skills and technologies. The US$100 million in funds has invested in companies including Ecobee, Orange Chef, Scout Alarm, Garageio, Toymail, MARA, and Mojio.]In 2016 the Alexa Prize was announced to advance the technology.
The big difference between Alexa and the other three services, which is where the confusion lies, is that Alexa wasn’t introduced to the world as a feature that comes with a smartphone, something a lot of people already have and so could start using and seeing the value of right away.

In order to use Alexa, you’ll need a device that can access it. This typically means an Amazon device, such as an Echo, Dot, or Tap, but this cloud-based personal voice assistant has also been integrated with some third-party systems.

The Fire TV is also compatible with Alexa, as are some third-party devices: Invoxia Triby, a portable speaker, and the Nucleus intercom. Ford recently announced three of its car models will talk to Amazon’s assistant. Want to talk to Alexa through your watch? There’s the Martian mVoice.

You can do a lot of things with an Alexa, but fundamentally it comes down to two basic capabilities—issue commands and ask questions—that powers all sorts of different applications. Here are a few of the most common uses but note that the number continues to grow every day.

Someone even programmed Alexa to work with a Big Mouth Billy Bass.

Alexa has also become the center of many smart-home systems, including Wink, SmartThings, and the Logitech Harmony. You can also use the voice-assistant to build your smart home piecemeal, as Alexa can also pair with hubless devices such as WeMo switches and Nest thermostats.
The list of commands that Alexa can understand seems to grow on a daily basis. There are over 3,200 so far, all found in the Skills Marketplace. Amazon calls these “skills,” and claimed in June that the AI possessed more than 1,000 of these. The number of tasks that Alexa can accomplish is clearly more than we can list in this article, but here are some of our favorites:
Alexa can find recipes and give you audible step-by-step directions with the AllRecipes skill.
Control your Neato Smart Vacuum.
Narrate a Kindle book to you.
Get movie showtimes or sports schedules.
Order pizza and find nearby restaurants.
Pay your bills with the Capital One app.
Order pretty much anything online.
Give pregnancy advice.
Track your Amazon packages.
Currently, interaction and communication with Alexa is only available in English and German.
According to industry estimates, Amazon sold roughly 11 million Echo devices by the end of 2016, or roughly 70 percent of the existing market for virtual assistant products.

Google Voice is a telephony service that provides call forwarding and voicemail services, voice and…

What is iBeacon? iBeacon is Apple's implementation of Bluetooth low-energy (BLE) wireless technology to create…

Total is a responsive, drag & drop, flexible multipurpose WordPress theme that is perfect for any website. What's not to love? Get it today!
Buy Now